All our lives we are told to win, win, win!  We’re encouraged to be the best student and get the highest grades and ranking in our class.  When we play sports it becomes get the most points or cross the finish line first.  Even into adulthood with our work the drive is to make more money and move up the ladder.  If you haven’t been subjected to any of these I’m happy for you.  I’ve seen it far more often than not and seen the negative consequences it can create.

These win-lose scenarios may create an atmosphere that motivates people to strive to be better but only for a short while.  Once you’ve been on the losing side of the equation the competition isn’t motivating any longer.  In fact, what happens is the “loser” starts resenting the “winner.”  Before too long the person winning the competition can be made to feel like they are losing instead.  In these cases, the win-lose turns into an ugly lose-lose situation.

I have had disagreements with plenty of people regarding win-lose versus lose-lose and win-win scenarios.  I have no problem with friendly competition (win-lose) because it does help drive many of us to be better.  If we are playing a game a lot of the fun comes from trying to win the game.  But, what happens when the same person wins over and over and over?  You guessed it; no one wants to play anymore.  The person who was wining loses because no one will play and everyone else loses because they don’t have a chance; turning the win-lose into lose-lose.

Not all examples of this are as obvious.  How about in business; how many meetings have you attended that you thought were a waste of time?  Think about one of them.  What made the meeting so bad?  Did the leader care about your ideas, help you to do something better or were they more focused on the leader’s own wants?  Would you say the meeting was a win-win, win-lose or lose-lose?

I’m sure the leader of the meeting would say they were going to for a win-win.  People don’t generally call meetings unless they want something positive from them.  I’m also sure the participants would say this particular meeting was a lose-lose.  If people attending felt they wasted their time they are going to feel a loss for themselves as well as lessening their respect for the leader.

Striving for the win-win in all situations gets better results.  Games trying for win-win focus on the fun of the competition more than who gets the most points.  In business the win-win comes when everyone can gain something from their work.  Sometimes it’s additional knowledge or feeling respected, other times it’s having your idea be the catalyst for something big in the company.

On the big scale of life, there is no win-lose; only win-win or lose-lose.  The question is whether to follow the common, easy path which leads to lose-lose or the less traveled, harder path leading to win-win.  The latter will make all the difference. 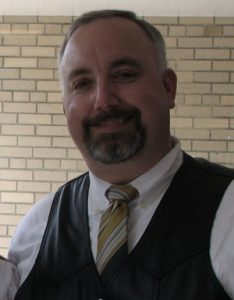